Heart Disease from a Husband’s Perspective

February is Heart Month, and it gives us the opportunity to not only talk about heart health, but hear other people’s own stories. On National Wear Red Day, the Rogers County Sherriff’s Office shared a story that told the side of living with heart disease from a spouse’s perspective. It begins, “The following is a fairy tale.” Told through the lens of Major Coy Jenkins, it is a story that sheds light on the reality that heart disease can strike when you least expect it. Major Jenkins’ wife, Marti, has had six heart catheterizations, two stents and one angioplasty since the day of her heart attack: May 26, 2014.

At first, she brushed off her symptoms, thinking the heaviness in her legs and fatigue was a result of worn out running shoes, long overdue to be replaced. She thought the shortness of breath she experienced at her boot camp fitness class might 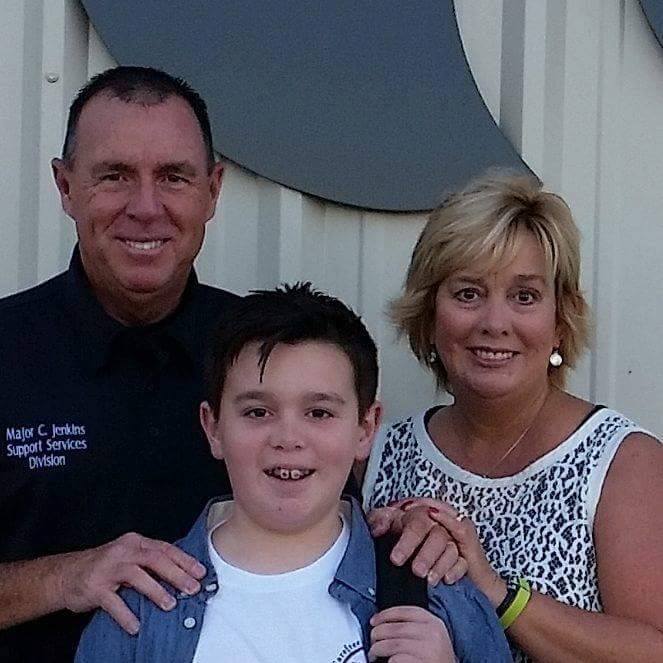 have been from allergies. Then her arm began to feel numb. She laid down and felt a sharp pain in her ear. It was enough for Marti to decide to go to the Emergency Department at Hillcrest Claremore to check it out. She’ll never forget hearing the words, “Mrs. Jenkins, you’re having a heart attack.” She was 47 years old. Her first symptom of heart disease was a heart attack.

“From that moment, I knew I needed to share my story,” she adds. “I want people to listen to me for themselves.”