A Living Legacy on How to Live in Your 100s

Saturday, August 8, 2015, Edith Ellis celebrated her 104th birthday.  She is the oldest patient of cardiologist Dr. Arash Karnama and one of the oldest patients at Oklahoma Heart Institute. Those are distinctions that don’t seem to get to Edith, however. In fact, she wears them with pride. She’s quick to recall the time she was recognized by an Oklahoma City publication for being the oldest realtor in the state at the age of 98. She beat out the next oldest by only a few months.

The dawn of her 80-year career actually began in health care. “When I graduated from high school, in those days you had two options – be a teacher or a nurse,” Edith recalls. “I knew I didn’t want to be a teacher, so I started nursing training.” She went on to work for a new physician in her hometown in Nebraska at the age of 18, but decided to explore new frontiers a year later. Traveling with a friend to Wichita, KS and eventually Corpus Christi, TX, Edith landed a job waiting tables and called Texas home for several years. Texas is where she began her real estate career in 1940. By the time she moved to Oklahoma in the 1960s, she was established in real estate and continued to pursue the field, along with interior design. She would sell clients a house, and then redecorate it for them. Edith proudly showcases her “Best Display” award from The Greater Tulsa Home and Garden Show in 1989. 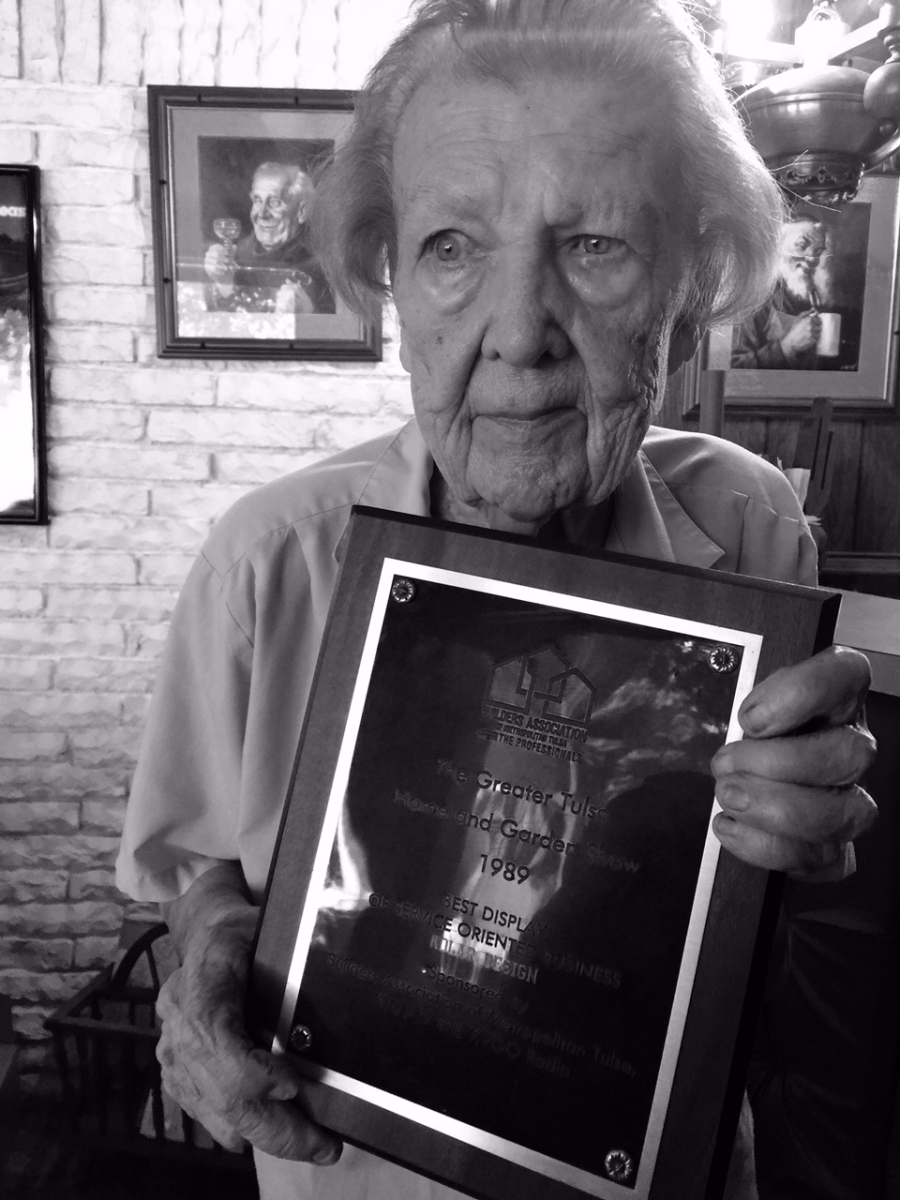 If it sounds like she stayed busy, it was all by design Edith says. “That’s what has kept me going,” she adds. “I’m not one to sit around and wait. People can’t understand it.” Neither aortic valve replacement surgery in 1990 nor having a pacemaker implanted in 2014 slowed her down or made her think she needed to. At the age of 104, she says that is the secret to longevity. “Have a hobby or find something to do all the time. Do something. That’s what I tell everyone. I think everyone should throw their TV out into the street. Use your mind. Find something to do. Instead of sitting there and worrying about yourself – that’s something I haven’t done.”

Her frankness and determination to not only try new things, but take on whatever she can – serving and leading multiple boards during her career, for example - drives her even when she had to give up the car keys and retire from real estate. “I tried hiring a driver, but that didn’t work,” Edith admits. So how do you stay busy at home? If you’re Edith, you pick up a new hobby at the age of 104. “Since I can’t travel anymore, I’m going to go into making rugs,” she says. Inspired by her travels to Mexico, Edith is learning the craft of weaving rugs. She certainly has the energy.

When asked if she is looking forward to turning 105 next year, “Yep,” she answers. “I sure am, because I feel good. The doctors keep telling me there’s nothing wrong with me. I’ve got a cardiologist and a kidney doctor and a primary doctor and I’ve got a lady that’s looking after my hearing – they all say the same thing.”