“I can’t believe I’m having more heartburn,” I said to my wife as she lay beside me in bed. “I’m going to go downstairs for a bit and take some Tums.” Here it was flaring up again I thought. Just like last weekend when we walked five blocks to the drugstore and picked up all sorts of “remedies” - antacids, Pepto-Bismol and whatever else, thinking it would give me some relief.

“Are you going be okay?” she asked.

“Sure, no problem," I replied, but in actuality, I was feeling a bit nauseous. “I’m just going to go downstairs and watch a little bit of TV. It helps to sit up while the Tums takes effect.”

It didn’t get any better. The heartburn just didn’t seem to go away and even caused me enough nausea that I had to get up from the couch and go to the bathroom. That was the way it went for the whole night. The burning pain kept me up all night. When my wife came down in the morning, I immediately said that I’m going to our family doctor in Owasso for a checkup. This is just not right.

So I made an appointment for early morning and drove to Utica Park Clinic in Owasso to see Dr. MoneyPenny. After a few questions, he said, “we have to get an EKG to rule some things out.” I got an EKG - a mere formality to what I thought. Dr. Moneypenny said that I was having a heart attack and I need to go immediately to the emergency room at Bailey Medical Center.

I thought it was a mistake. I just could not wrap my head around what was going on. I had no history of heart disease in my family. My blood pressure was always normal. I was 20 or 30 pounds overweight, but nothing I thought was a big deal. I was an active 55 years old.

“Yes, you are having a heart attack and we need to get you over to the emergency room as quickly as possible,” I remember Dr. Moneypenny saying.

“Couldn’t I just take a few more Tums?” I asked. My wife looked at me with a strange disbelief - like we were both having a nightmare and were going to wake up any second and laugh about the strange dream we had. Next thing I know, I’m being loaded into an ambulance with the lights and siren going, on my way to Hillcrest in Tulsa and the Oklahoma Heart Institute.

I remember vividly the rain pouring down and hitting the roof of the ambulance as we rode on the highway – a constant pinging on the metal roof as I laid on the gurney inside. My only thought was that this was going to be the last sound I hear before I die.

When I arrived at the hospital in Tulsa, I was wheeled straight into surgery. There, I was told that they will image my heart and proceed depending on what the images indicated. It could be stents or it could be something even more intensive, perhaps surgery. I’m thinking, “just great - open heart surgery.”

Fortunately, I only needed stents and as I was awake the whole time, the team explained exactly what the problem was and what they were going to do. I had 100 percent blockage and they were going to go through my leg to the area and insert a stent to get the blood flowing. Still awake, I watched on the imaging monitor fascinated by the whole thing. The one thing that I remembered most of all about the experience in the operation was the coordination of everyone. For some reason, and this may sound a bit off, but I thought of an Indy pit crew - few words spoken and extremely fast. It just seemed all so coordinated. I really can’t describe it beyond that. Just so coordinated - like a ritual that has been taken to absolute perfection in movement and efficiency.

I had two stents put in and was in my room before my wife was even able to drive our car from Bailey Medical Center in Owasso to Tulsa. I stayed in the hospital three days and the care was absolutely first rate. Within a few hours, the doctor came in and explained just what had happened in more detail and I was even given a sketch by the doctor showing just what had happened and what had been done.

I had 100 percent blockage in the left anterior descending (LAD), which apparently is considered a major heart attack. My first thought was that it seemed I was lucky even to have made it to my initial doctor’s appointment. Yet, here I was and feeling better than I had in quite a while - almost euphoric like I had been at 10,000 feet for months and suddenly here I was at sea level and breathing oxygen again. It is hard to describe really. I was almost giddy.

During those three days, as I mentioned before, my care was excellent. Even the food wasn’t so bad. But one particular caregiver comes to mind as giving her time above and beyond. She answered every single question that I came up with, 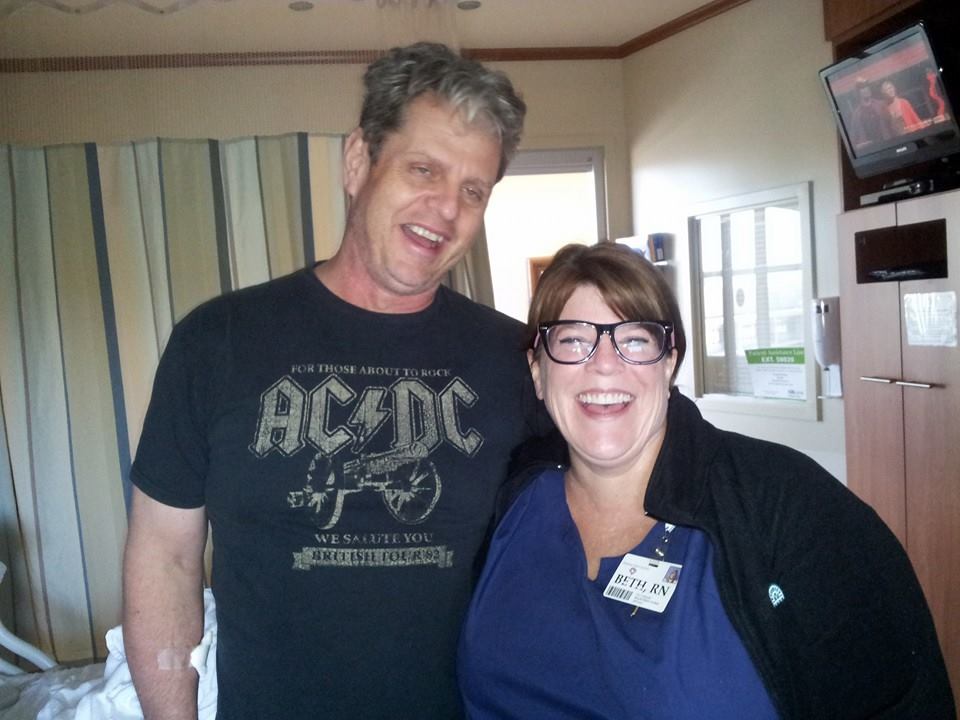 telling me what to expect and how to improve. The last two days she would come by and even give me a impromptu “class” on what drugs I would be taking, how they were named and how to distinguish which drugs did what towards my recovery. Her professionalism, concern and care made those three days go by very quickly.

Here she is on my last day just before I was discharged.

It has been several weeks since that dramatic day. My recovery continues and I’ve had several people mention they are amazed at my recovery. Some even say that I look a few years younger. So far so good as with every new day I know is a good one.

What can I say about the experience? Really, how can you thank those who saved your life? No words can do justice really but here it is anyway.

Thank you to all those exceptional professionals at Oklahoma Heart Institute.

And thank you Beth, RN.

Please visit Utica Park Clinic at uticaparkclinic.com or by calling (918) 579-DOCS to find a provider near you.