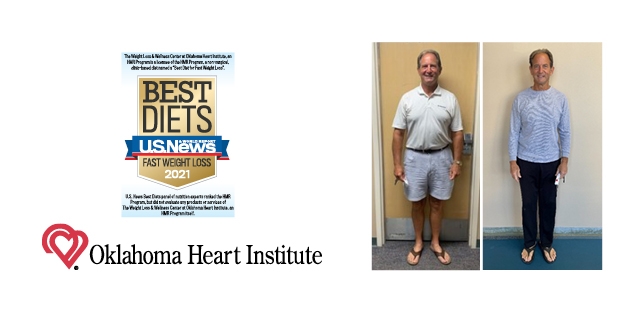 When you train your body to be in great shape, you not only look better, you feel better.

Ted J. remembered how great he felt years ago when he was a marathon runner. But now, with a BMI of 31, Ted needed to lose weight and keep it off.

Thanks to a fraternity brother, Ted found a good way to lose weight and live a healthy life again.

“I was at a college reunion at my fraternity and introduced myself to someone there,” said Ted. “Turns out that I knew him, I just didn’t recognize him because he had lost more than 50 pounds. Since I needed to lose weight, I asked, ‘How... Read More » 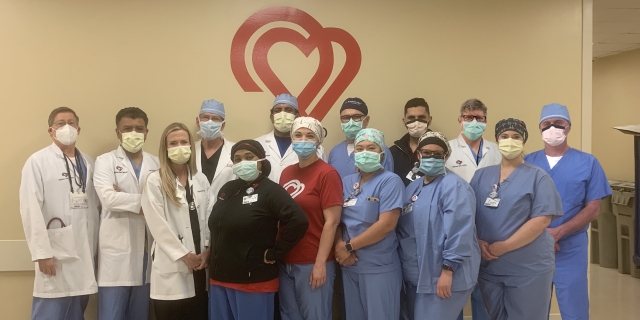 On May 2, the Valve and Structural Heart Center at Oklahoma Heart Institute (OHI) celebrated the 10-year anniversary of the first transcatheter aortic valve replacement (TAVR) in Tulsa.

TAVR is a minimally invasive treatment option for patients with narrowing of the aortic valve. When untreated, aortic stenosis results in disabling heart failure symptoms and shortened lifespan. Compared to open heart surgery, multiple studies have shown TAVR is more effective and safer, with lower risk of death, stroke and bleeding, as well as shorter hospital stays and a quicker return to normal... Read More » 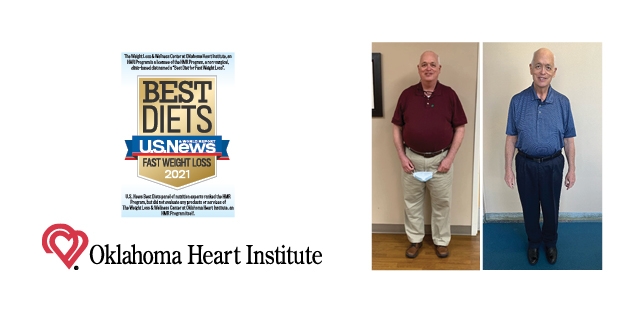 Eric J. struggled with his weight for decades, starting in his 20s when he shifted from “school life” to “business life.” No longer able to eat anything he wanted, his more sedentary lifestyle meant he had to work harder at losing weight.

“I was constantly on the diet cycle,” Eric said. “I’d start dieting, lose weight, stop dieting, gain weight and start all over again. With each cycle, I gained more weight than I lost, and eventually reached 285 pounds.”

His doctor sent him for a treadmill test, which Eric said he “failed horribly.” Within a week, he was admitted to the... Read More » 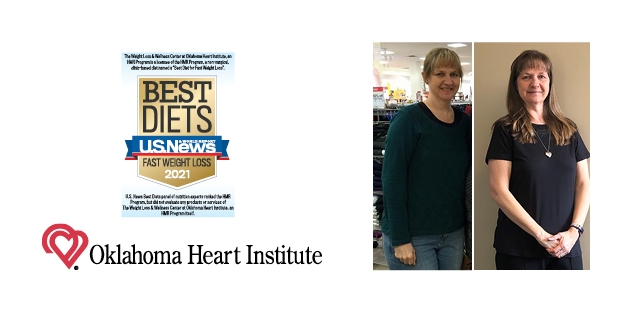 For Stacey Prince, the term “sandwich generation” was something she learned very quickly during her struggle to lose weight.

A mom who cares for her elderly parents as well as her son and granddaughter, Prince works full-time as a data analyst at Oklahoma Heart Institute and also helps with the family businesses. She has tried to balance many schedules and health needs, yet still find the time to eat healthy, lose weight and focus on her own health.

But thanks to the Health Management Recourses (HMR) Clinic’s Healthy Solutions® program, Prince lost 22 pounds and is now on the... Read More » 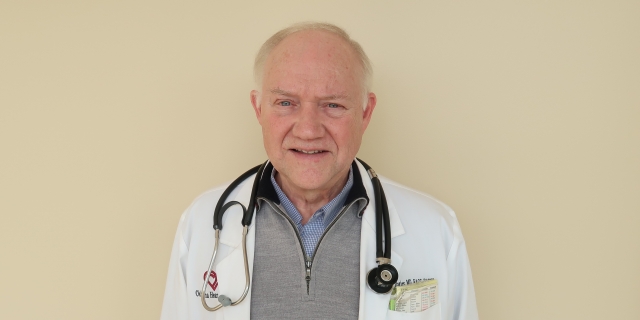 Douglas Davies, M.D., was born to be in the medical field.

His father practiced general surgery for 50 years and mother was a nurse. Both parents were in active military service during World War II. His mom worked with former U.S. Army Gen. Douglas MacArthur. The popular military leader also served as the eventual namesake... Read More » 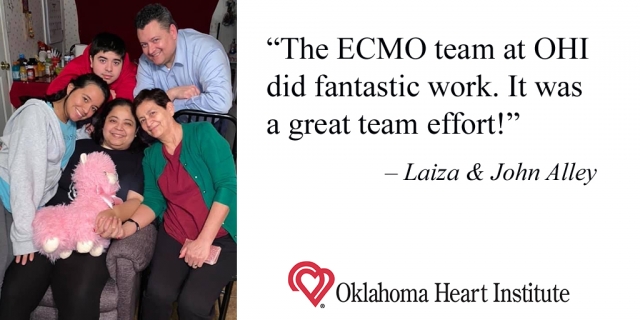 Seriously ill COVID-19 patients in northeast Oklahoma are finding new hope for recovery thanks to technology being used at Oklahoma Heart Institute (OHI).

The technology is called an ECMO machine, which stands for extracorporeal membrane oxygenation. One of only three machines in the state, the ECMO at OHI acts as an artificial heart, an artificial lung or both, depending on the patient’s needs.

The ECMO machine can also be placed in an ambulance, so health care providers can travel to a patient and connect them to the machine sooner, thereby saving hours of time, and often... Read More » 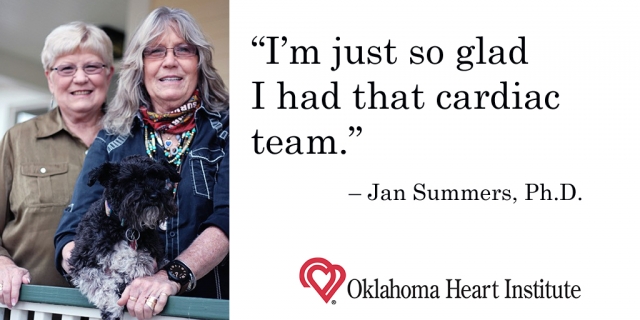 They both graduated from Toccoa Falls College, Georgia, and earned their masters’ degrees from the University of Georgia. Later, both obtained doctorate degrees and... Read More » 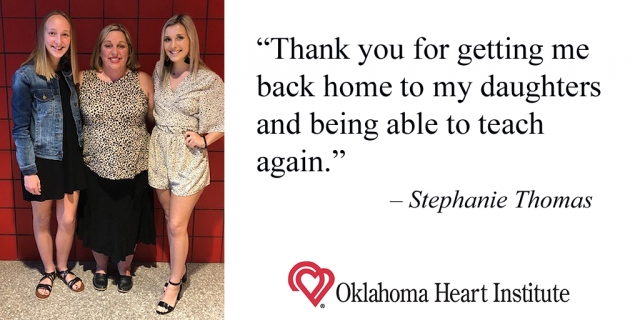 For Stephanie Thomas, the flu-like symptoms were very familiar as she recuperated at home. However, as the symptoms persisted and her breathing became more difficult, she was admitted to a local hospital and placed on a respirator.

Diagnosed with COVID-19, her breathing steadily declined over the next two weeks. Describing her situation, Thomas said, “I was down to my last resort.”

That’s when Ajit Tharakan, M.D., cardiothoracic surgeon at Oklahoma Heart Institute, and the extracorporeal membrane oxygenation (ECMO) team picked up Thomas in Grove, transported her to Tulsa and... Read More »

Speaking Up May Save Your Life 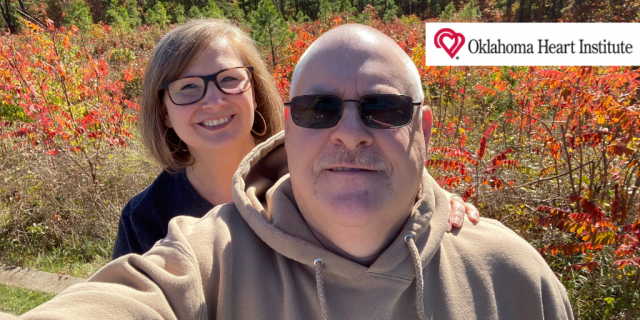 On Oct. 3, 2021, Wes Dunn, a machine operator at a local manufacturing plant, was working his usual shift when he began experiencing mild aching in his chest. He described it as a sort of burning sensation. Dunn immediately turned to the folks in the emergency response team at the plant.

“I called one of my buddies on the emergency response team and asked him to meet me in the nurse's area to check me out,” Dunn said. “I told him I was having chest pain and that something's going on. He ended up calling an ambulance for me. And they took me up to Hillcrest Medical Center and... Read More » 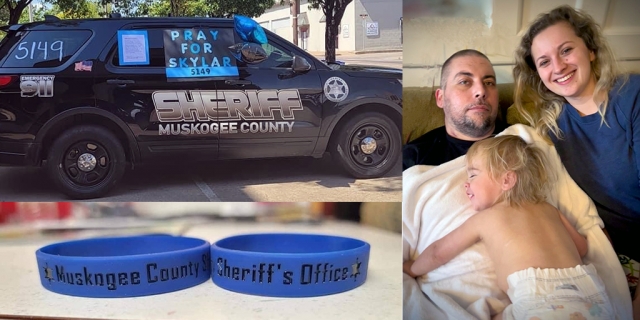 For Skylar Green, 36, a patrol lieutenant for the Muskogee County Sheriff’s Office, the first few days of being ill with COVID-19 felt like the flu. He had body aches and a fever. But by days five and six, congestion had settled in his lungs and he was having difficulty breathing.

That’s when his wife, Aariel Green, took him to the emergency room at a nearby hospital, where a COVID test confirmed that he was positive for the coronavirus. Skylar Green was diagnosed with COVID pneumonia.

The couple was sent home with a pulse oximeter, a device that uses light beams to estimate... Read More »