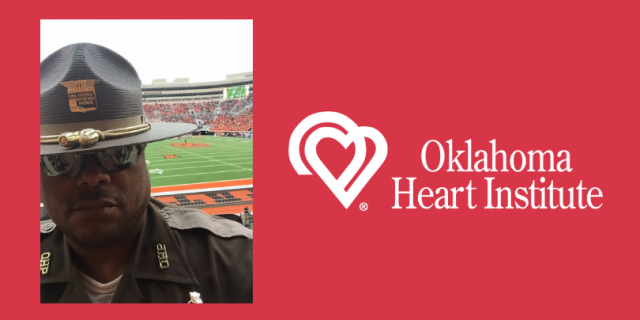 Rick Humdy has been an Oklahoma State Trooper for 20 years. After working as a helicopter crew chief in the National Guard, Humdy applied for patrol school. When going through health screenings in 2016 for his new position, Humdy learned that he had atrial fibrillation, or AFib. Shortly after, he started seeing , director of electrophysiology at Oklahoma Heart Institute. 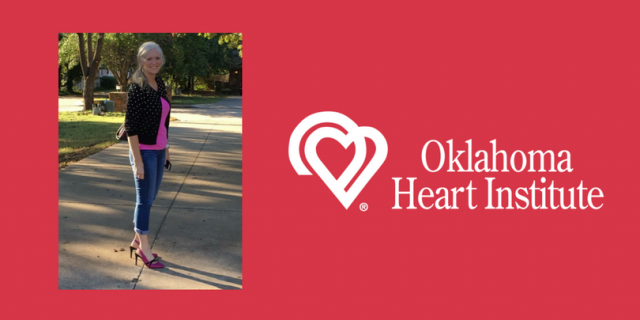 Dr. Kelly Shuler, a family medicine physician at Utica Park Clinic in Sapulpa, knew she wanted to make changes to her health but was unsure of the route she should take. It wasn’t until learning about the Health Management Resources (HMR) program offered through the Weight Loss & Wellness Center at Oklahoma Heart Institute that she felt like she had found a program that would cater to her needs.

“I decided I needed to lose weight when I was talking to a patient about how obesity was affecting their health,” said Shuler. “The patient blatantly called me out and said ‘you talking... Read More » 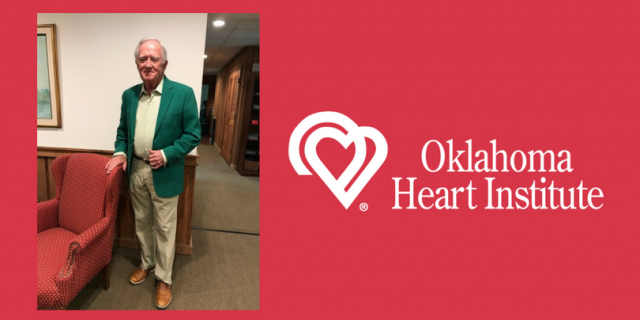 Grove resident Jim Gray was 74 years old when he began to feel unlike himself while out on a walk. After a visit to the local emergency room and a consultation with a cardiologist, he learned that he would soon be having open heart surgery.

“When I was out on my daily walk, my back started hurting” said Jim. “I came inside and told my wife that I was in pain and she took me straight to the hospital in Grove. Once I was examined, the doctor told us that he was going to send me to Oklahoma Heart Institute because I could possibly need open heart surgery.” 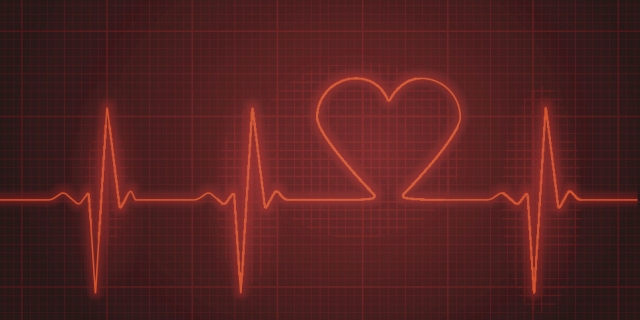 Tulsa resident Jim Davidson was not one to visit the doctor often. After experiencing an ear ache towards the end of 2017, Davidson would learn that he would be visiting physicians much more often in the coming months.

“In late October I went to the emergency room because my ear felt clogged and while I was there they took my vitals and listened to my heart. The doctor asked if I knew that I had a heart murmur, which I did. Because I was 67 years old, he told me that I should have that examined. I scheduled an appointment with my primary care physician who performed a heart echo.... Read More » 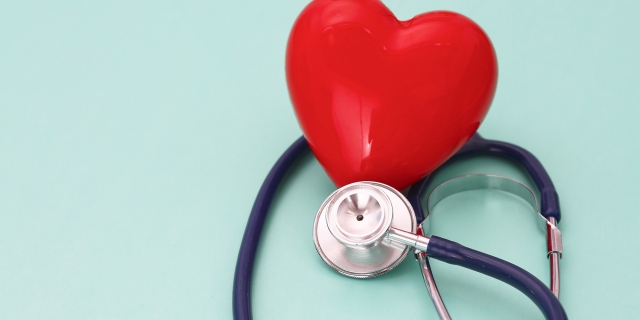 Bobby Caston visited his primary care physician thinking he had a regular case of bronchitis. What he would later find out was that he needed open heart surgery and soon.

“To be honest, I was in shock at first,” said Caston. “I went to my primary care physician a few weeks before Thanksgiving because I thought I had bronchitis. They did an x-ray and noticed that something wasn’t right. They immediately sent me to Oklahoma Heart Institute where I met with Dr. Victor Cheng and Dr. Allen Cheng and three weeks later I had a quadruple bypass. Between the two doctors, I felt like I was in... Read More » 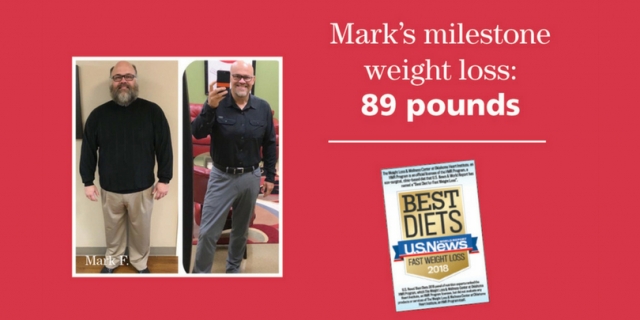 At 46 years old I was on a path I didn’t want to be on. I weighed 320 pounds, had high blood pressure as well as sleep apnea and couldn’t walk down the block without getting shin splints. I asked my doctor about gastric bypass surgery and he refused. He said that I am an athlete and a performer who is disciplined enough to do it the old-fashioned way with some help. That help was Health Management Resources (HMR). This program took all the guesswork out because there weren’t points or calorie counting. What makes this program stand out is the staff. The level of accountability and support... Read More » 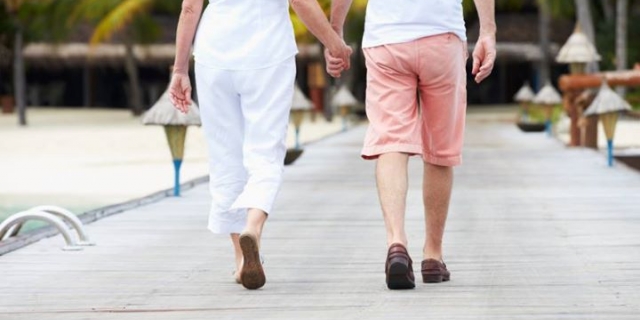 National Senior Health and Fitness Day is an annual health and fitness event promoting the importance of consistent physical activity in seniors. Staying active is very important as you age in order to stay healthy and sustain your independence. Exercise Specialist Chad Stanton with the Weight Loss & Wellness Center at Oklahoma Heart Institute, shares why seniors should try to follow a steady exercise regimen.

Many people experience a change in fundamental functions as they grow older. “Loss of muscle strength, balance and flexibility are some of the biggest concerns for seniors... Read More » 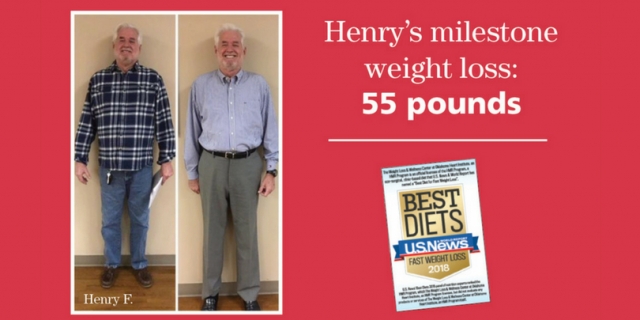 For most of my life, my weight had never been a problem. Growing up I was very tall and active in school sports. With the onset of my sixties, things changed very quickly. My wife and I joined a weight-loss program and stuck it out for four years until we were forced to admit defeat. The biggest challenge for me was that either I was hungry or felt a certain sense of guilt that I had over-indulged in my eating. Another problem was that there was no personal accountability. My daughter told me about the Health Management Resource (HMR) program and its wonderful track record so my wife and I... Read More » 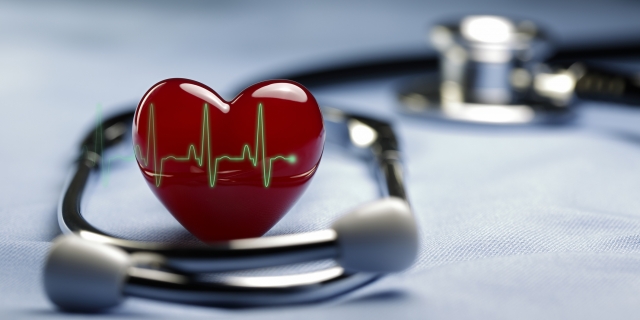 Kaye Ball from Grove, Oklahoma had experienced cardiovascular issues for many years. It wasn’t until she learned about minimally invasive heart surgery at Oklahoma Heart Institute that she felt like she was finally able to get her heart issues under control.

“I have had heart trouble for quite some time,” said Ball. “I had a minor heart attack several years ago, which led me to open heart surgery. When I started going for checkups after that first surgery, the doctors told me I had a leaky valve. Due to the extensive pain and recovery that I endured with my first surgery, I was... Read More »

How to Stay Active in the Workplace 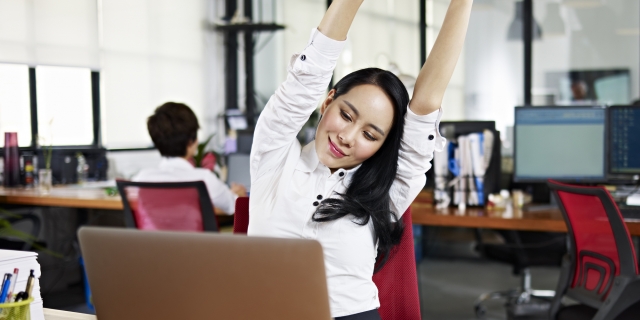 National Employee Health and Fitness Day is May 16. Celebrated the third Wednesday in May, National Employee Health and Fitness Day promotes the health benefits of staying active throughout the work day. Chad Stanton, exercise specialist from the Weight Loss & Wellness Center at Oklahoma Heart Institute, is sharing some ways you can be active and get your heart rate up during the work day.

Chad’s first round of tips focus on easier exercises. He recommends performing each exercise for 30 seconds, then resting for 30 seconds before moving on to the next set or exercise. Each... Read More »